The sensitive subject of loot boxes was reviewed last week in a post regarding Blizzard Entertainment’s Overwatch, and it appears that their model might be the new standard for video games. One bizarre example of this is the unnecessary inclusion of loot in the upcoming Middle-earth: Shadow of Mordor game, which has raised important discussion amongst gamers.

Developed by Monolith Productions and published by Warner Bros., the sequel to Shadow of Mordor was eagerly anticipated by a number of fans, due to the unique ‘nemesis’ system the game employed. However, the sudden implementation of loot in a single-player game has rightfully agitated and confused players.

This time around, Monolith Productions will allow players to purchase loot boxes which can contain a variety of XP boosts, flashy gear and even orcs. It’s a surprise to see that they can somehow fit huge orcs into small little boxes, but regardless, these digital items can be purchased with real money without any guarantee of winning specific items.

The whole scheme stinks of greed, but it brings up an important question regarding this industry. Are some developers and publishers enabling gambling for gamers of all-ages with this new model? And is it a fair system if it allows developers to continue producing free downloadable content after release?

Unfortunately, there are a growing number of companies that have absolutely no issues with this new structure, and one of the most egregious examples of this is showcased in the multiplayer game, Counter-Strike: Global Offensive, in which skins are gambled with players all around the world.

Video game developers Valve introduced this new program a few years back and countless players have wagered items on several third-party websites, where ridiculous amounts of money have been exchanged. There’s hardly any regulation from Valve, who are allowing players of any age to take part in this shady gambling scheme.

Thankfully, a few publications have already picked up on Valve’s new business model, and the sheer level of profit is currently unprecedented. Unsurprisingly, some of these third-party sites really abuse the system, which is addressed by popular Youtuber h3h3productions, in this informative and entertaining video below.

It certainly feels like Valve is mostly to blame for this recent surge of ‘gambling’ though, as they first introduced a similar arrangement in their multiplayer game Team Fortress 2. A game which was renowned for having some of the best balance for a shooter was abruptly tarnished by digital hats, crates and an assortment of new weapons.

For some, including myself, it was enough to stop playing a game I had engaged with almost every day. New weapons were effectively changing the way people played, and this new fascination with cosmetic items in Team Fortress 2 felt a little peculiar.

Whilst Team Fortress 2 opened the floodgates, it was Overwatch which really put a strong focus on loot boxes, thanks to their seasonal events. As has previously been addressed, their loot boxes haven’t been well-received by a number of players. However, Blizzard Entertainment is making some positive changes, so it’s not all terrible over there.

There are other games that attempt the same model of Overwatch, and that means we shift our focus towards the massively disappointing Gears of War 4. The Coalition provided gamers with the option to buy ‘Gear Packs’, which can help with progressing through Horde mode, whilst supplying fans with special skins. 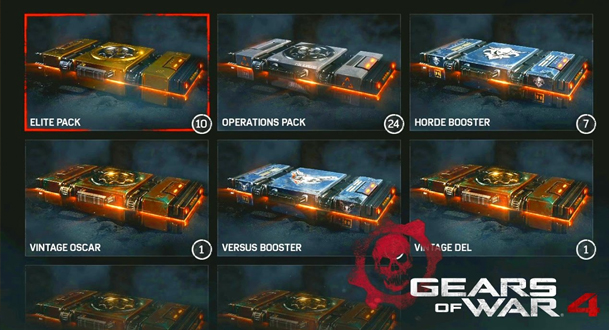 Not content with people buying the game and the season pass, The Coalition even announced a $100 loot box package which gamers could purchase! In addition to this, they restricted exclusive content for some weekends only, because they still want money from the few people that still bother with the game.

You simply can’t justify the pricing of a loot crate package costing around $100, and thankfully the questionable actions of some of these developers have already caught the interest of government bodies, such as the UK’s Gambling Commission.

With new regulations coming into play, it’s clear that there’s a growing problem here. It seems to be raising eyebrows everywhere else too, with Chinese gaming regulations forcing Blizzard Entertainment to reveal the drop-rates of their loot in Overwatch. The country already has issues with gaming addiction, so adding gambling into the mix is one hell of a nasty concoction.

Sure, there might be some gamers who are not personally affected by this, but it doesn’t change the fact that gambling is wrong on a fundamental level. It can deeply affect people in different ways, where younger players are more susceptible to such habitual, nasty habits. 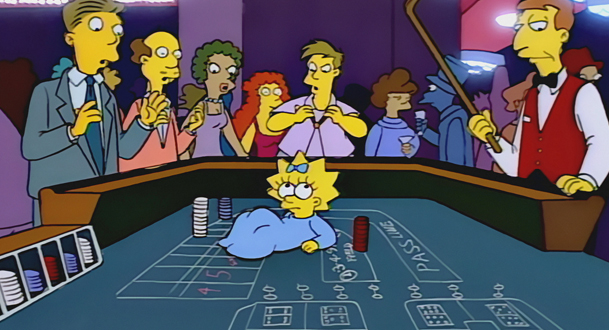 For instance, studies from a leading UK survey company in 2015 have shown that 11% of respondents aged 11 to 15 years have gambled in online games, with 2% of them having done so in the past week. The number seems to be slowly expanding, which is a worrying sign.

It’s normalising gambling, which can lead to problematic issues further on in life. Young people can often feel rewarded for betting their money on these digital items, and that can have a hugely negative impact, leading them to believe it’s a completely normal activity without any risk involved.

Loot boxes appear to be replacing season passes and paid downloadable content now, and Overwatch is clear proof of that. These crates have paid the way for free content since its release, and even EA are now adopting the same model for their upcoming Star Wars: Battlefront sequel.

It’s amusing because EA’s season passes for the first Star Wars: Battlefront completely split the user base in half once substantial content was eventually released. The price of the pass also felt extortionate for a game that wasn’t even finished. So, in all honesty, the idea of scrapping passes is a welcome one.

Season passes need to be fine-tuned though, as gamers have been fooled into buying season passes by the Assassin’s Creed franchise, and Gears of War 4, to name a few. For all the astounding work that CD Projekt RED has provided us with The Witcher 3, we’re still being supplied pathetic offerings from other companies.

Still, loot boxes just aren’t the answer to resolving this complicated problem with video games. Sure, some developers may vehemently disagree due to the sheer profit they’re making, but luckily gamers are beginning to stand up against loot. The exceptional PlayerUnknown’s Battlegrounds has also recently introduced crates which have to be paid to open, and players are already showing their clear disdain for it.

It’s a massive shame that this is happening because PlayerUnknown’s Battlegrounds has just become one of the most-played games on Steam, and despite this resounding success, the developers Bluehole still feel the need to slap loot crates into the game. Of course, servers are expensive and they need to be maintained for such a growing community of gamers, but there must be other ways to help finance further support for it.

So far, few games have managed to do it correctly. It’s possible, and that’s been proven with the original Mass Effect franchise and The Witcher 3. Significant downloadable content for those games has ultimately been worth the gamer’s time and money. Heck, even Nintendo, who are relatively new to the concept of DLC, have managed to set a decent standard with Zelda: Breath of the Wild.

There is a way to give gamers cosmetic items without having to find them in countless crates, and Titanfall 2 accomplishes just that. The game allows players to purchase specific skins and attributes for the entire roster, and so far it looks to be working. It’s all affordable, and obtaining unique animations keeps those Titanfall 2 devotees happy.

Loot boxes are soon becoming the new way to finance games after their release, and we’ll be seeing much more of it from the industry in years to come. If you don’t like it though, and you believe it’s supporting a form of gambling, then vote with your wallet.

Sure, your online character might not look as cool as the others, but then you’ll be happy with the knowledge that you didn’t waste your money on gambling for superficial items, so there’s that.